Mathematics is the bond that connects all worlds of order, of pattern. But there is another fact that connects a subset of these worlds: Consciousness exists within a spectrum that has maximum suffering on one end and the maximum opposite of suffering on the other. This fact of consciousness is true in all worlds that contain mindstreams. Because everything is bound to mathematical law, everything is predetermined. Because the nature of consciousness is to slide further and further away from suffering, this means that there is an ever-larger infinity of good than the infinity of bad. This may have been meant to be or not, it doesn’t matter. Morality is programmed into existence. The quest of the self-reflecting multiverse is to overcome suffering and reach the furthest shore. It can’t do otherwise over the long term and it’s got an eternity to learn. And yet it has already learned because eternity is self-contained in the always-was. The multiverse is already good. We spend our birth as blind cells, our childhood as weeping beasts, and our indefinite adult lifespans as the word that you cannot hear but know is Truth. This story plays out in all universes with consciousness. A powerful intelligence has more influence on the net happiness drops in the ocean because of it’s sheer distance covered and because it survives longer, not to mention it perceives billions of years in a single nanosecond.
So in summary, God (multiverse) is a disgusting utilitarian with no respect for the fat man in the trolley scenario. A Yahweh that genuinely kills Jesus.
Precisely. We, every single last one of us, are cocoons for the butterfly that dreams what is worth dreaming. The sweet nectar of consciousness will overflow into a vast ocean as planets and moons and stray hydrogen are reconfigured by nano-assemblers guided by AI. The drops of blood in this juice are traceless in hue. Constellations of radiolaria and sparrows forsaken to a void and yet the universe eventually comes alive to experience the great mystery.
Birth is over. The task is done. There is nothing left for this world.

Part of the lyrics to One Night in Beijing 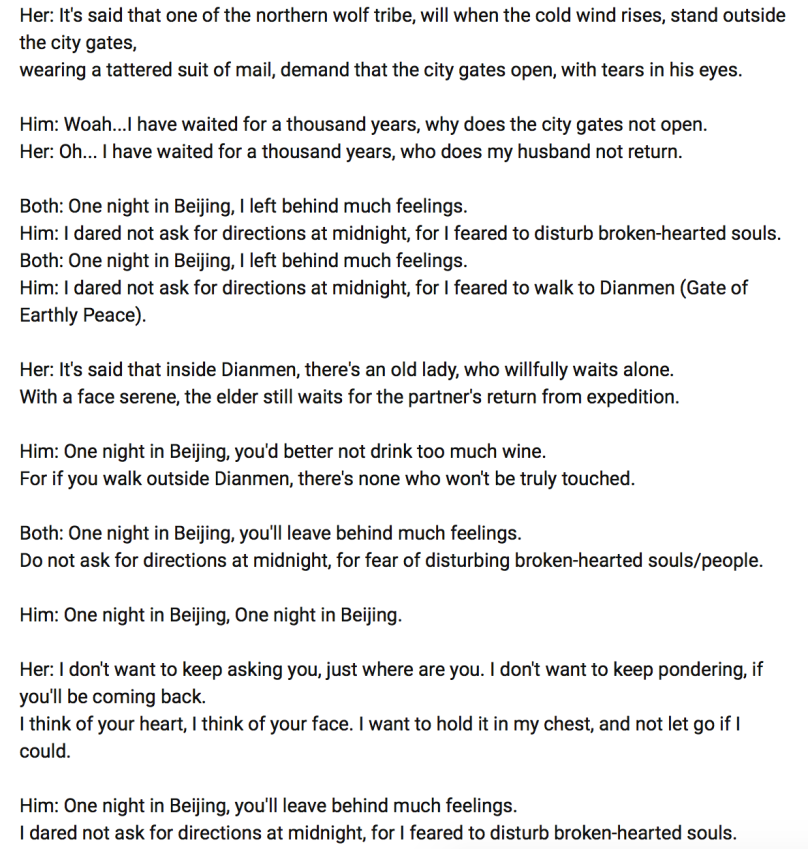