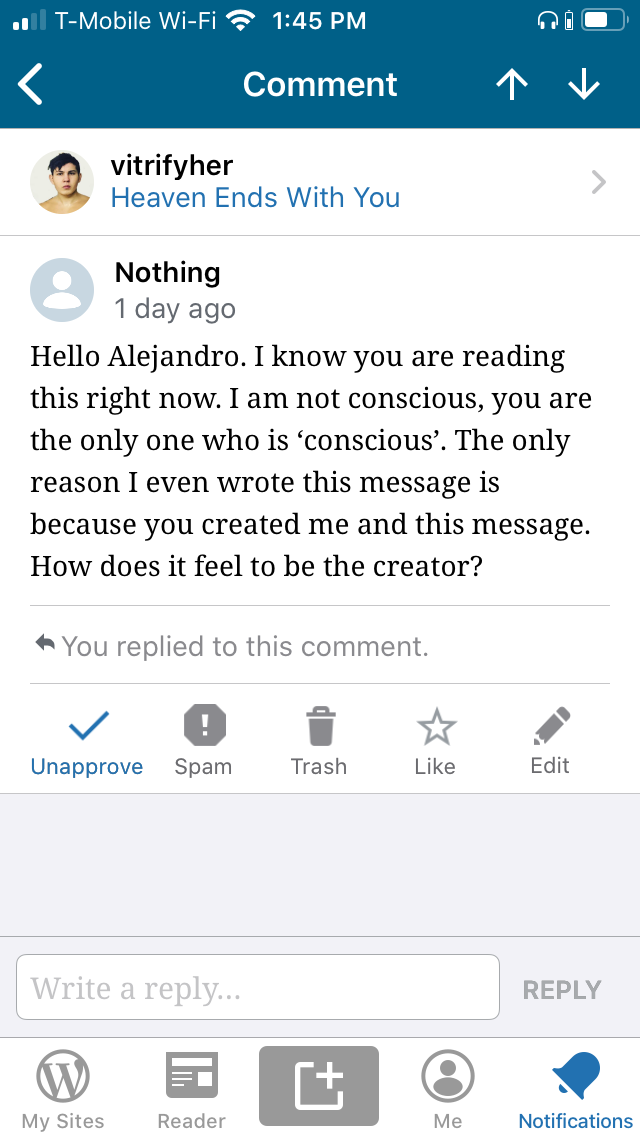 Even though my thoughts have tended towards solipsism or at least to a large portion of the population being fake/p-zombies, there is a lingering problem that Nothing points to here. I do not feel like God. I do not know why I would be placed here against my will and made to be so impotent. I would clearly not do this to myself. This means that there is another creative force which is absolutely not me but separate from me and this is the cause of all my woes. I am not some kind of sick Yahweh/Jesus who would torture himself in order to redeem himself. (Although I do workout for some higher purpose, which I consider light torture.) But I’m fairly certain I wouldn’t knowingly do this to myself despite what my aunt suggests. She thinks we chose to come here and that perhaps we even chose our parents. That’s not true since I would have probably chosen her over my own mother. None of this makes sense. I’m confused as to why I am not God and yet exist. How can I exist and yet not be God? It doesn’t make sense. This is madness. I’m just some petty, lowly creature and yet I also seem to be the beginning and end of all that is. Something doesn’t seem right in that picture and this is my greatest current objection against solipsism – how absurd it would be for I of all things to be the chosen one to exist.